Today we crossed the border to Canada, just to get Jossan back on the right Visa, the student Visa, since she is going to study next semester at Miami University. She couldn’t enter US on that Visa, it is only legitimate to enter at a maximum of 30 days before the school starts, so she had to enter on her old visitor Visa. And this is why we had to go to Canada, you cannot change Visa inside US, you have to get out of the country and re-enter US. Complicated, but that is the way it is.

So, we had a milkshake breakfast, since the BE hotel we stayed at last night had kind of a mini, cheap breakfast. I, who booked the room, would get free breakfast and the other three would have to pay 2.99$. And not much was included, at least that is how they described it. No juice, no yoghurt, no fruit. Just coffee, egg, paddies OR bacon (not both) and potatoes. 😦 So, we skipped that and went for Sonic milkshakes. Fresh banana, delicious!!!

My feet on Canadian ground 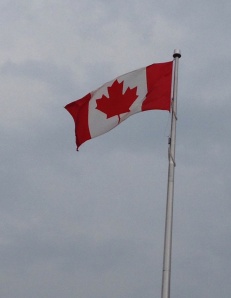 The bridge between Winsor, Canada and Detroit, America

Disappointed Canadian border polis
Took the tunnel into Canada. The Canadian border polis was rather disappointed when we explained to him how long our Canadian visit would be. He rolled his eyes at us and said: Well, enjoy your FIVE minutes in Canada!!! 😉 Hahahaha, would have loved to visit Canada for a few days but our time schedule is shrinking drastically. Went into Winsor, took some pictures of the Canadian flag and my feet on the Canadian ground and then we went back to US, but this time we took the beautiful bridge.

Back into US
We spent about half an hour queing on the bridge before we came to the border control. When he realised that Jossan needed to enter on a different Visa, he said: Well, you picked the wrong day of doing this transfer. In the weekends ALL the Canadians go visiting US so the pressure is extra hard at the borders then. And when changing Visa you cannot just go through, you have to “go inside” to get that done. We went inside and it took about an hour. So now Jossan is in the country on the right Visa. Jippiiiiiii!

The rest of the day was just car driving. Grabbed some pizzas/fried chicken on the way and ate them in the car, yummie. Robin took one regular from Ceasars, they have readymade pizzas for 5$ that you just can go in and get, awesome, and me and Monsieur had a glutenfree pizza from Dominos and Jossan had chicken also from Dominos. The Domino bill was 23$, big difference compared to Robins pizza. But I am happy to be able to get a glutenfree pizza, so it is worth the extra bucks. 🙂

Al Capones town
We reached Chicago early in the evening, checked in at Raffaello, downtown Chicago and really close to Magnificent mile. Chicago seems to be a beautiful city, downtown and the lake kind of integrated, just like Honolulu and Barcelona. Love all these combined beachcity cities!

Had a drink from the minibar (whiskey and champagne) and went to the hotels own Italian restaurant. White linen table clothes, just the way Jörgen LOVES it. They put the napkin in your knee AND they even pushed forward a little stool (pall) and then they put Jossans and my bag there. Hahahahaha, kind of cute. The food and the wine was delicious (and expensive).

Monsieur and me went to bed after the dinner but J&R went up to the 18th floor bar for a drink since that seemed to be the place to be on a Saturday evening in Chicago. We saw lots of people heading for the Raffaello Bar (or whatever it is called). 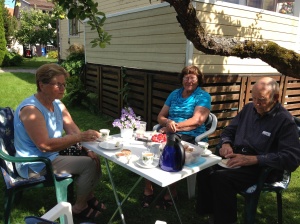 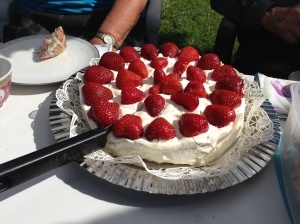